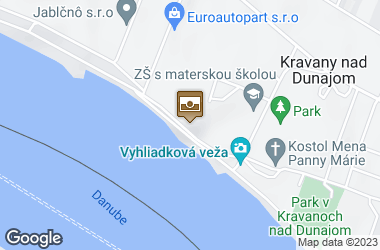 In the western part of the village, next to the Danube bank, is the castle, which was probably built by the Missics family, in the second half of the 18th century.

In the first half of the 19th century, the property fell into the hands of the Collectors, from whom it was bought by the owner Fridmann. From him in 1890 Sándor Szarvassy bought the estate and the castle, then in 1894 it was renovated and rebuilt in a romantic style. There was an extensive park next to the castle. After his death, until 1942, his son, Imre Szarvassy, owned the castle. Since 1959, the agricultural school has been operating in the renovated and expanded building.

It was originally an L-shaped ground floor building. On the east side of the main wing was a two-story water tower ending in a puppet balustrade. The courtyard entrance gate and the west entrance facade had a similar solution. The nine-axis main facade was divided by rectangular windows in a stoneware window frame with an eyebrow ledge. The triaxial middle risalit had semicircular windows and ended in a straight ridge. During the last reconstruction and floor extension, as well as subsequent additions, the building completely lost its original shape. In the remaining part of the original park you can still see the statue of the peasant woman, the work of Szarvassy's sister-in-law, the stone edge of the former fountain with a relief of the four seasons and part of the structure of the former pergola. Next to the castle is a similar building that houses the property of the director of property and the staff, and in the two-storey risalit he kept the monitoring and measuring instruments of Imre Szarvassy's meteorological station. Next to the castle, part of the original wrought-iron fence with the gate has been preserved in the courtyard. In 1908, in the former Szarvassy Park, Szarvassy's brother-in-law, dr. Pál Kuzmik had an Art Nouveau castle built, which he used as a summer residence. In 1935, the building was modernized. From 1956, the confiscated building was used by the Agricultural School, and in 1961 it housed by the Kravany nad Dunajom Health Center. The building has been owned by the Pintér family since 1970. The studio, which stood in the back half of the castle garden, was created in the 1930s by the husband of Lívia Kuzmik, a Dutch painter, Hubert Sweerts-Sparock.

The castle is a two-storey building with a rectangular floor plan. The smooth facades are divided by three-part windows with a sill sill. There is a polygonal risalit on the west façade, with wall bands in the folds with a terrace. On the southeast corner is a loggia, in the middle of the ground floor facade there is an enclosed balcony with a large window. The original furnishings of the castle have been partially preserved. 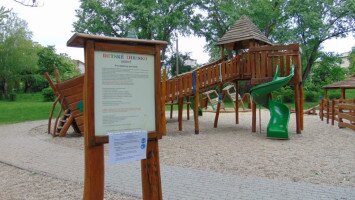 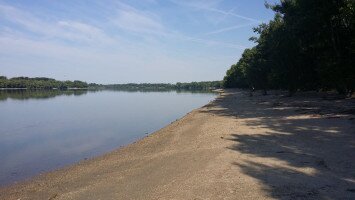 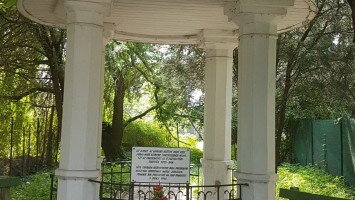 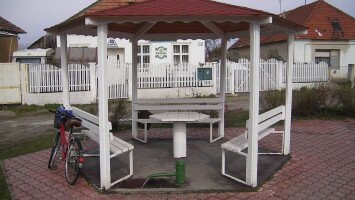