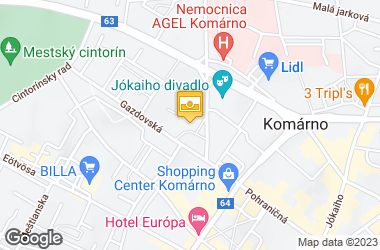 Historically, the Komárno Water Tower is one of the oldest after Bratislava and Trenčín and it is the oldest of its kind in Western Slovakia. Originally, it supplied drinking water to the whole of Komárno and to the New-Szőny (Hungary) district.

The tower is 28 meters high and the tank has received 500 cubic meters of water.

At the beginning of the last century, the area next to the Water Tower was called Rácgarden, and the 1st KFC Komárno football field was also here. Due to the increased pressure conditions in the piping system, the tower is now out of use, but as a safety reserve, it is still kept in working order.

In terms of building technology, it is in good condition and its statics are intact. Externally, it was last renovated in 1973, and the technological equipment was replaced in 1965-66.