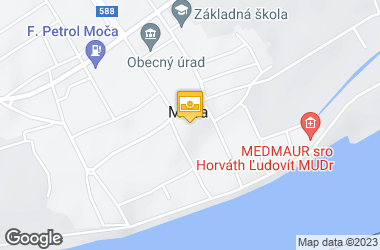 The Roman Catholic church dedicated to the Holy Trinity was built in 1764 in Baroque style. The red limestone memorial plaque on the church wall commemorates the 1898 reconstruction of Priest Kolos Vaszary. In the small cemetery in front of the church there are several death-headed tombs from the beginning of the 19th century, as well as the former cornerstone of the statue of St. John of Nepomuk. The cemetery also houses the tomb of Gusztáv Rigler's parents. Next to the church is the building of the former Catholic school and the János Trubinyi Memorial Cross. 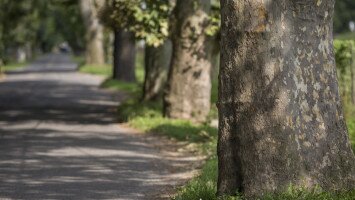 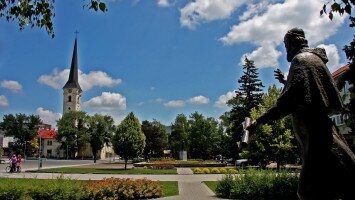 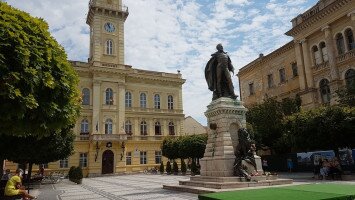 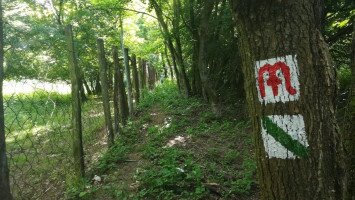