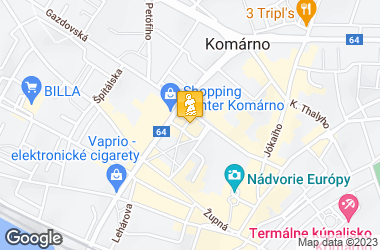 In 1930, the soldiers had a statue built on the road leading to the fortress, with money they collected for this purpose. The statue, which was unveiled on May 3, 1930, is the work of the famous Czech sculptor Otakar Španiel and in 1938 it was moved to Banská Bystrica, where it was on the Urpín hill. The statue remained there until the end of World War II.

After its completion, the statue of M. R. Štefánik was taken back to Komárno and on May 9, 1948, it was exhibited on the town hall square, where until then there was a statue of General György Klapka. It was removed from there in the 1950s, and in 1968 it was built in a pink alley park. Unfortunately, 6 years later, the statue suffered an unfavorable fate again and was placed in the Russian barracks, in the basement of the Komárno fortress.

It was not until 1990 that the members of the Ministry of Defense agreed to try to place the statue of M. R. Štefánik in a more dignified, publicly accessible place. For this step, however, it was necessary to restore the statue, because the material corroded during many years of storage and, in addition, it did not have a stone pedestal. As it was known that all the statues in the city belonged to Komárno itself, this task fell to the city authorities with the participation of the Ministry of Defense.

After long negotiations with the city council and István Pásztor, who was in the position of mayor at the time, the implementation of the planned reinstallation was launched. On October 28, 1990, the statue of M. R. Štefánik was ceremoniously unveiled in front of the Matica Slovenská.

Milan Rastislav Štefánik was a politician, diplomat and astronomer, a significant figure in Slovak history. Founded in Paris in February 1916, he became vice-president of the Czechoslovak National Council. 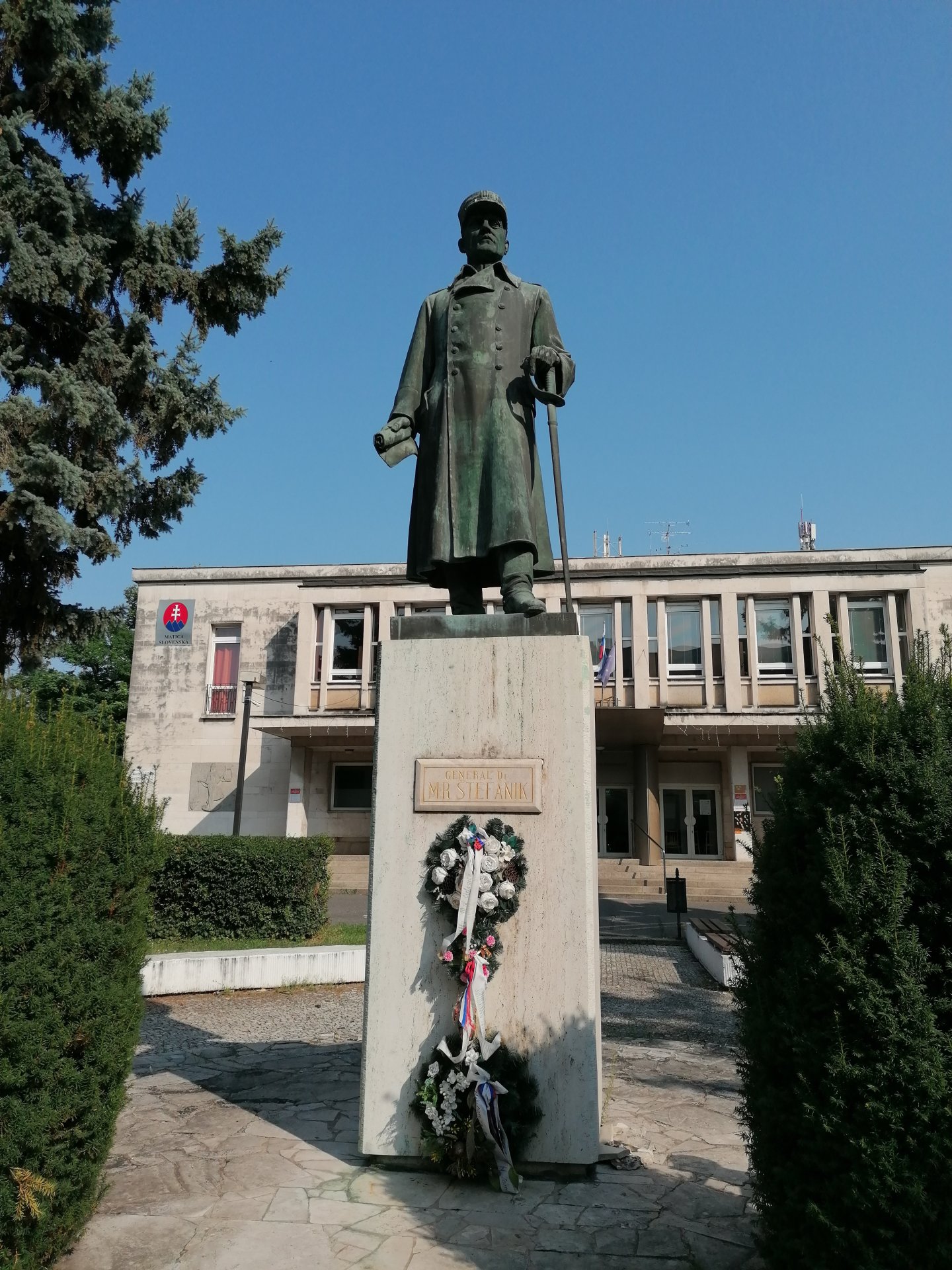