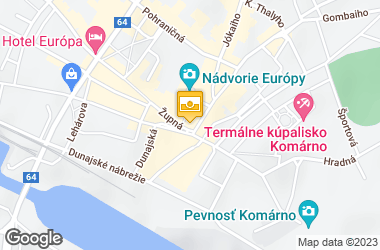 The building of the Zichy palace was built on the main square of Komárno, and for centuries it played an important role in the history of the city, being used as a theater, residence, synagogue, post office, cellar and for various other purposes.

The building was built in a very good location and was always at the center of events.

The building served as a theater until 1827, then served as a Jewish temple, which was rebuilt into a German house after the construction of the Europe Place.

Today, the palace is used by the Danube museum for the permanent exhibition entitled Komárno between 1849–1945 represents an addition to the historical exhibition in the main building of the museum and presents the eventful history of the recent past of Komárno of the last hundred years.