Statue of György Klapka and the Town Hall 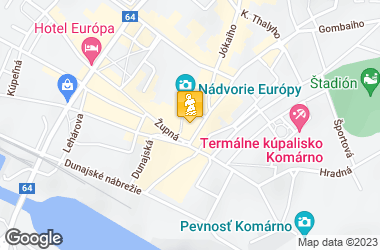 Today's square was created at a place of a small lake, which was formerly protecting by the walls of the medieval city. A marketplace was created there later.

On the north side of it, at the end of the 17th century, there was a town hall for council meetings. In 1725 it was rebuilt. After major damage caused by the earthquake in 1763, it was restored in 1766 and supplemented in the following year by a fire guard tower. After a fire in 1848, the building was renovated again, but it was necessary to enlarge it, so in 1875 it was updated by a new watchtower, creating a town hall in the way we know it today.

The building still serves as the seat of the town hall. A figure of a hussar from 1848/49 appears in the window of its tower from New Year's Eve 1999, every day between 10 am and 4 pm, and Klapka's march, composed by the music conductor of the local garrison Béni Egressy after the last victorious battle of the Komárno fortress defenders in August 1849, is heard.

The statue decorated the space in front of the Town Hall until the end of World War II. In October 1945, soldiers from the Czechoslovak army removed the statue from the main square and then lay in the Komárno fortress for twenty years. Finally, in 1965, on the 700th anniversary of the proclamation of Komárno as a city, it was re-established, but not in its original location in front of the Town Hall, but in the England Park. It returned to its original location, the city's main square, in 1991 after the change of regime. 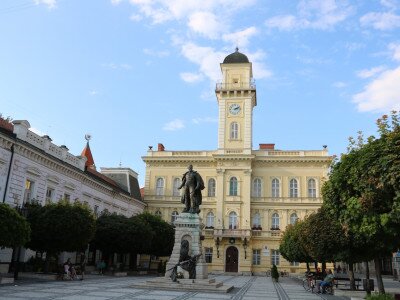 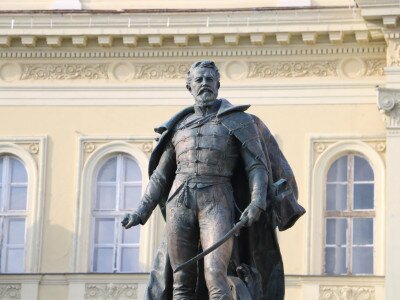 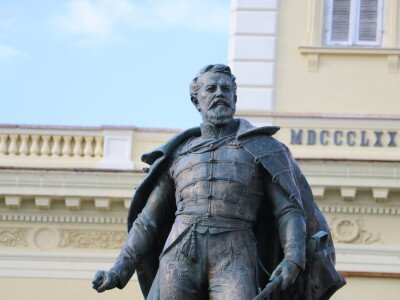 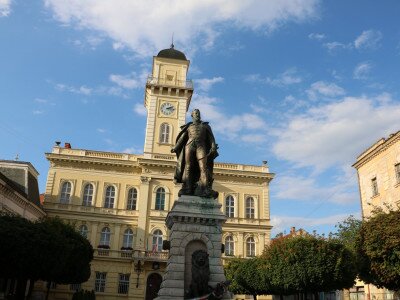 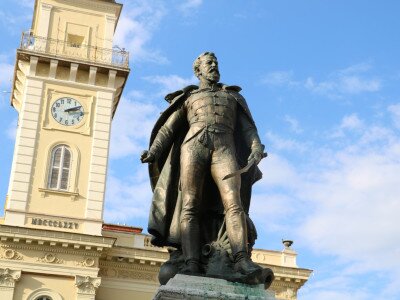 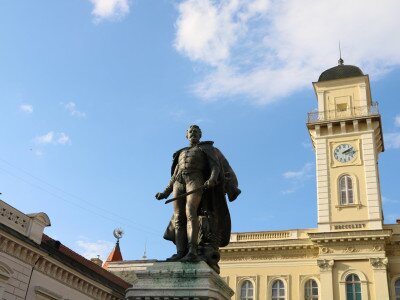 Jumpland - Playful world for the little ones