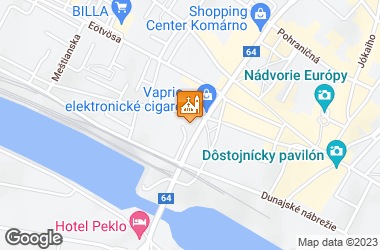 After the defeat in the Kosovo Field (1398), the Orthodox and mostly Serbian inhabitants from the Balkan began to escape to the northern from the Turks. They created their communities, primarily in the cities of this region. The same process was repeated in the 1690th when, during the "Great movement of Serbs," more than 40,000 families run again from the Turks to these regions. The time of their settlement can be estimated from historical documents and the church village dated May 17, 1511. The history of more than 500 years of the church is very rich and especially interesting. Over many centuries, they were forced to rebuild their temple a lot of times. Among the believers there were many successful buyers, military chiefs, court vendors. At the end of the 1600s, for a short time, there was the center of the entire Serbian Orthodox Church. In the middle of the 18th century, Gavrilo Venclović, preacher, a writer and an iconographer, worked and served here, as well as a great Serbian historian Jovan Rajić. In the leadership of spiritual life, the monks of the Serbian monastery Hilandar played an important role from the holy Atos mountain. Over the centuries, many valuable temple items have been brought into the property of the Church, a part of them was also exhibited at the World Exhibition in 1873 in Vienna and in 1900 in Paris.
Today's temple was built in the late-baroque style in 1753-1790. The characteristic of the church is the theme of Eastern Christianity, which separates the altar from the temple, it is richly decorated in Rococo style; the most valuable items come from the previous temple dating back to 1660. Very rare are the benches surrounding the temple which the church bought at an auction from the Kamaldul monastery in Majkpuszt (Hungary). The artwork of the bench set is the work of Franz Xaver Seegen, the Viennese sculptor from 1763. Remarkable wonders are the episcopal throne, and the altar. In the courtyard on the left side from the entrance is a grave of the general and the knight Davidović, while on the right side is a grave stone of the judge and grain merchant Ján Domonkos, whose person served as a model for the Hungarian writer Jókai in the novel, The Golden Man.

At the end of the 1960s a museum was established in the temple, but from 1998 re-serves for worship.

Sightseeing tour by boat from Komárno