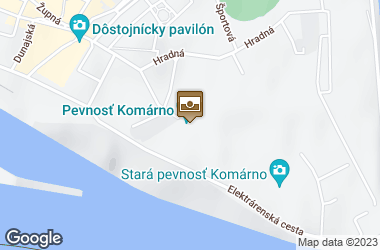 The whole modern fortification system in Komárno represents a very important monument in Slovakia and also in Hungary with relatively well-preserved elements.

The bastion type fortresses in Komárno were built from the 16th century until the end of the 19th century. The first fortress of this type in Central Europe was the Old Fortress which was completed by the so-called New Fortress in the 17th century.

In the second half of the 19th century the fortification system became the greatest and strongest defensive building of the Austro-Hungarian Monarchy, able to house an army of 200 000 men.

The note on the western bastion of the New Fortress which says NEC ARTE NEC MARTE (neither by force nor trick) characterizes precisely this fortification system which was perfect and impregnable in its time.