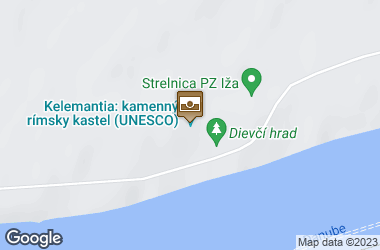 Roman military camp Celemantia is located 7 km east of Komárno in the village of Iža, on the bank of Danube. There are no doubts that the Romans during their greatest territorial expansion came to the far North and crossed the Danube river. A memento of their former presence is also a military camp Celemantia that originated near the village of Iža during the reign of Emperor Marcus Aurelius. The camp was part of the famous border defense system Limes Romanus, which however fell in the year 179 after the raid of Germanic tribes.