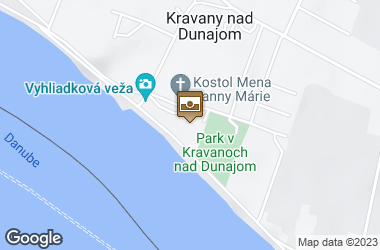 Next to the embankment of the Danube stands an insignificant building with a history worth mentioning.

After the demolition of the Nedeczky mansion, Count Ferenc Gyulay had a two-story baroque castle worthy of a prince (according to Helischer) built on this site after 1710. Later the castle was built by his son Ferenc Gyulay II. At the end of the 18th century, József Kondé Benedek had a one-storey classicist mansion built on the site of the demolished castle. He acquired the estate here through his marriage to Franciska Ujlaky. The wife's mother was Ilona Nedeczky, who married Ferenc Ujlaky. According to Helischer, the building provides a comfortable apartment for its owner in all respects. The area of the mansion was bounded by a fence. Next to the building was a smaller ornamental park, which Kondé was constantly enriched with new exotic, special plants. After his death in 1831, the mansion became the property of the Nedeczky family, who donated it to Károly Palkovics. The building was also shown on a military map of Kravany nad Dunajom from 1782. In 1893 the mansion became the property of the Bakay family together with the estate, in 1904 it was sold to Labud Kosztics, who was part of an anti-imperial conspiracy and therefore fled from Yugoslavia to Hungary. The new owner extended the building with a side wing, which thus became U-shaped. In 1935, the estate and mansion were purchased by Michal Hroššo from Kuzmicz. In 1949, both the estate and the mansion were confiscated and given to the local state estate. In 1990, the Hroššo family recovered their property through compensation proceedings, but since the new state-owned office building was built, the mansion building has been vacant.

It is a simple U-shaped ground floor building without any special architectural details, but its overall effect suggests a classicist origin.

The Franciscan church and monastery