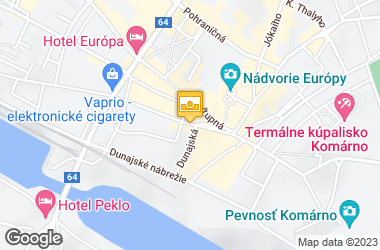 It is a group of baroque buildings built by the Jesuits in the 17th century. Later it was rebuilt by the Benedictine order in the 19th century andfurther functioned as a religious house and a high school. There was a hospital in the biuldings through the Napoleon-wars.

After the II. World War here was a vocational school-college. It belongs to the Pannonhalma Abbey, Hungary at the moment and functions as a Benedictine monastery.

On the front side of the building there is a memorial- table containing the names of some former great Benedictine teachers.

The Monument of the victims of World War I.