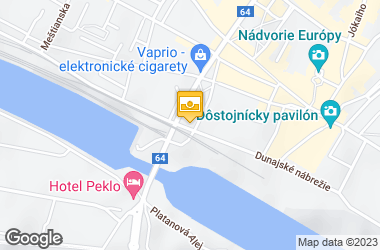 The former Grand Café was built between 1889-1901. At the time of the First Republic, it was owned by Agrasol. After 1938, the Economic Board was located here, and on the ground floor there was a café called Aranyhordó (Golden Barrel). After the World War II, the café ceased to exist and a branch of the Soviet Danube Fleet moved into the building.

The building is located at the intersection of Lehár Street and the Danube embankment, near the openable bridge connecting the city with Elizabeth Island.

The building has many surviving architectural elements. It becomes a representative building by its character.