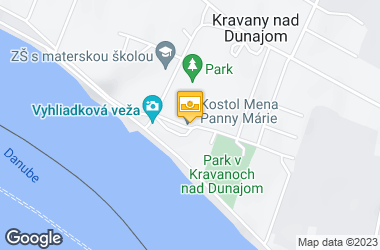 Because the local Roman Catholic church was built without a tower, a wooden belfry was erected in the old cemetery in the 18th century. Today's belfry in front of the church was built in 1926. The lower part is masonry, the upper part is made of plank, its pyramid-shaped tin roof ends with a cross. Two bronze bells hang in the belfry today. One was a gift from Kravany nad Dunajom believers and was cast by the Fischer brothers in Trnava in 1920. The second one was made by Lőrinc Welner in 1928, during the activity of priest Imre Ambrík, with the largest donation from János Szota. These bells replaced the previous ones, which were confiscated for military purposes (cannon casting) during World War I. 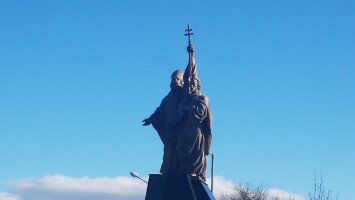 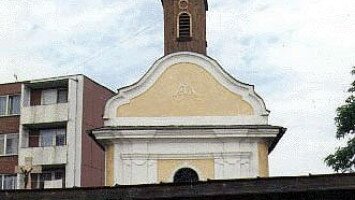 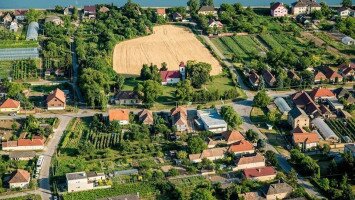