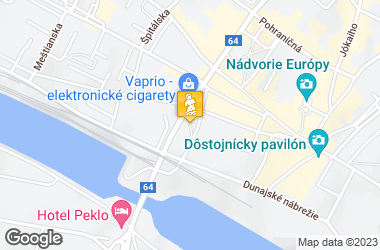 About his personal life

The roots of Lehár's ancestors, apart from Komárno, can be traced back to Moravia and France. His mother, Christina Neubrandt came from a wealthy soap and candle-maker family, whose ancestors most probably came from Württemberg, Germany.

Lehár came from a large family, but only one of them was born in Komárno.

Due to frequent movings, his siblings Emil, Eduard, Anton, Maria Anna, Lajos and Emilia were born in different cities of the Monarchy and they did not experience the feeling of having a real home. The family lived almost always packed up, ready to move to another place. “I played a lot on the banks of the Danube and under the walls of the fortress,” remembered Lehár.

After Lehár joined the army in 1890, he lived in several cities of the monarchy, but most often he stayed in Budapest and Vienna.

From a military conductor to a world-famous composer

Lehár spent the first years of his life in his native Komárno. His father's regiment was transferred to Bratislava, then to Sopron, Cluj-Napoca and Budapest, where he started to attend the local grammar and music school.

After an unsuccessful study, he moved to his uncle to Moravia, where he learned to speak German fluently, and in 1882 he began studying to play the violin and composing at the Conservatory in Prague.

After finishing his studies, he worked as a violinist and conductor in a theater for a short time, and then in 1889 he played in his father's military band in Vienna. The following year he already became a military bandleader in Lučenec, where he composed his first opera and several other works.

After leaving Lučenec, he worked as a military bandleader in Pula, Triest, Budapest, Esztergom and Vienna. It was in Vienna, where he composed several waltzes and works, but above all he composed operettas.

He composed his first operetta “Wiener Frauen (Viennese Ladies)” at the end of 1902, which achieved great success and encouraged Lehár to work further.

After writing other operettas such as “Der Rastelbinder” (the Tinker - 1902), “Der Göttergatte” (The Divine Husband - 1904) and “Die Juxheirat” (The Mock Marriage - 1904), he had his grand premiere with “The Merry Widow” in 1905 - which made him the most famous operetta composer in Europe.

His works, 28 operettas and 2 operas, got into every part of the world, and in the next fifty years they were played more than 75,000 times. Several of his works were also performed in his native town, in Komárno.

The inhabitants of Komárno were rightly proud of their native citizen since his first success. They watched Lehár's personal life and work success with great interest. The local press informed about all the news from his life. In the house, where he was born, another family moved in and later there had been a grocery store in it, but it was still called Lehár's house. In 1940, a marble memorial plaque was placed on the house indicating the birthplace of this great composer. Unfortunately, during the reconstruction of that part of the city, Lehár's house was demolished in 1978 and a park was established in its place in 1980 bearing Lehár's name.

The work of Emil Venkov, a 225 cm high bronze statue was placed in the middle of the park showing Lehár as a conductor with his baton.

At the local museum, in Zichy Palace on Klapka Square is a permanent exhibition about his life and work opened for visitors.

Since 1986, at the turn of April and May, the so-called Lehár Festival has been organized annually, which in 1990 developed into the International Franz Lehár Singing Competition. At present, it is organized every third year with selection rounds in five European countries and with the final competition held in Komárno. Within the Lehár Days talented artists give a performance from all over the world. The aim of the Lehár Days is the international promotion of operettas as well as discovering new talents.

Since its establishment, the association organizes the Lehár Ball, Lehár Days in spring and Lehár’s Summer annually. In summer, these events with interesting music programs make every Sunday evening pleasant and enjoyable.