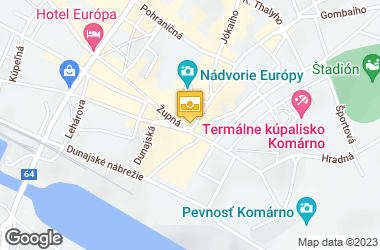 Today's square was created at a place of a small lake, which was formerly protecting by the walls of the medieval city. A marketplace was created there later. On the north side of it, at the end of the 17th century, there was a town hall for council meetings. In 1725 it was rebuilt. After major damage caused by the earthquake in 1763, it was restored in 1766 and supplemented in the following year by a fire guard tower. After a fire in 1848, the building was renovated again, but it was necessary to enlarge it, so in 1875 it was updated by a new watchtower, creating a town hall in the way we know it today.