The 19th-century neogothic styled building served as a residence for officers and their families of the imperial and royal army, who served in the fortress of Komárno.

On the ground floor there was an officer's casino. On the front of the building you can see the inscription VIRIBUS UNITIS (in unity is the power), which was the slogan of Emperor Franz Joseph I.
At present, the building is used by Selye János University, by Town Hall of Komárno, there is one pharmacy, a restaurant and other services. An amphitheater was built in the courtyard of the Pavilion. During the summer months it is often used for concerts, events and family events. In the courtyard there is a statue of Ján Selye, who was a specialist in stress theory, as well as a bridge symbolizing the connection between Komárno and Komárom. 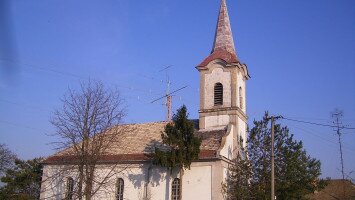 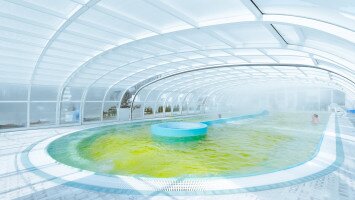