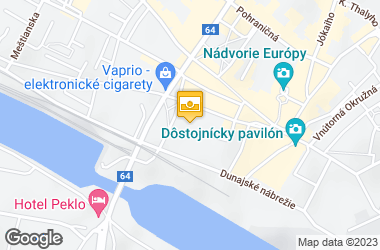 This building was built in the 19th century in romantic style and originally functioned as a tax office. The house of Kálmán Ghyczy stood once in this place, who was a representative of the town, a Member of Parliament and a financial minister. Here is one of the departments of the Szinnyei Library on the gorund floor today and we can see the nicest pictures of the Museum´s gallery on the first floor.

There are situated also some artworks of Árpád Feszty, one of the most important Hungarian painters of the 19th century.

In the Museum we can take a look also at an exhibition focused on the Danube Region.